I have terrible sleeping habits.  I am a terrible night owl and also suffer from insomnia.  This is something that also occasionally gets me into trouble with my husband.  Regular readers already know this as I've mentioned in it several previous posts.

Being on holiday has made this problem even worse!  Ok, I'm going to give Wilma a few minutes here to pick herself up off the floor and clean up her morning cup of coffee she just spluttered all over her kitchen reading that statement.  She KNOWS exactly what I am talking about!

Truth be told, my husband and I are both terrible night owls and during this time off work neither of us have been getting to bed at a reasonable hour, or even close to it.

Most nights my husband has to tell me to go to bed.  No problem when he is here.  When he is away he will ring or text and tell me to go to bed, which I do.  The problem is that I then proceed to settle down with a bedtime drink, pick up my phone and trawl the internet, read blogs, even comment on some etc.   It can be up to an hour and a half after he tells me to go to bed that I actually finally settle down to lights out.  I have also been known to pick up the phone during the night and check emails.  Sheesh .. no wonder you have problems sleeping Roz!  yeah yeah, I know!

Obviously this is something we are both going to have to work on prior to going back to work.

This afternoon we were sitting together cuddling during by the beach and I mentioned how bad these habits had become.  He lifted my chin up to meet his face so that I had to look him in the eye and kept his hand there so that I couldn't look away

Ok.  No more phone.  No more blogs in bed.  Understand?  this was said with that 'or else' look 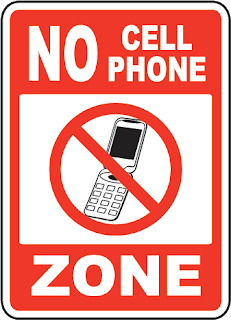 And hopefully results in this 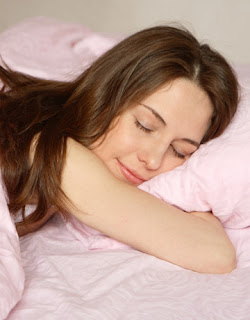 I'm not really sure if this a rule as such, but it is an expectation and that's all that matters.  There will be consequences for not meeting it and quite frankly, I'm a little worried.  I can see myself getting a very sore butt more than once over this.

Ok, I know what you're going to say.  Just turn off the phone ... right?  Simple.  In theory yes.  But, it is such a habit and also so tempting, especially if don't really feel like going to sleep.  I also prefer to leave the phone on when Rick is away.  Just in case.  Also, so that I don't miss him if he rings or text the next morning (although I don't always hear it ... he he).

This is going to take some effort and willpower on my part.  Perhaps I should just get used to turning the phone off.  I really don't want to let my husband down on this.

As a side note, Rick was away last night and when I went out to pick him up for our outing this afternoon I was confronted with a Police checkpoint, checking for drivers licence and vehicle warrant of fitness.  Although I knew I had nothing to worry about anxiety set in.  I don't know why really.  Of course, I left the checkpoint no problem.  I told Rick about the checkpoint when I met him and told him I was more than happy for him to take over driving as I was feeling a bit unnerved.  I mentioned something about authority figures.  He just looked at me with a big knowing smile on his face as if to say you know whose authority you have to watch out for.

Funny how these situations make me even more nervous now.  Knowing that any trouble with the Police will mean A LOT of trouble with my husband!