This past weekend was labour weekend here.  A nice long weekend plus I also took Tuesday (yesterday) off work.

It was a great weekend and we were blessed with lovely spring weather.  The weather can be fickle this time of year and it is notorious for strong gale winds which ruins an otherwise nice day.  This weekend, even the wind abated. We spent the afternoons taking drives, visiting the odd shop, cafes etc. Just spending time together. It was nice.

Saturday night Rick decided a return to role affirmation was in order.  This was the first since reintroducing DD due to circumstances and if you read the previous couple of posts, you know I have been nervous and anxious at the thought of re-starting RA.

Anyway, I'm not sure Rick intended it to happen this way, but we were joking around together on the couch and next thing I found myself over his lap.  I have no idea how that happened ??!  He started swatting my bottom alternating the swats with rubbing.  It wasn't hard, in fact, I was quite enjoying myself :)  After a while he stood me up, pulled my jeans down and took me back over his knee.

The fancy knickers distracted him for a while.  He rubbed my bottom while he admired the view.  Then the spanks began. The swats weren't hard and I was continuing to rather enjoy myself.  It felt like I was home.  It just felt right.

God I've missed your bottom .... so fresh, so smooth, pristine 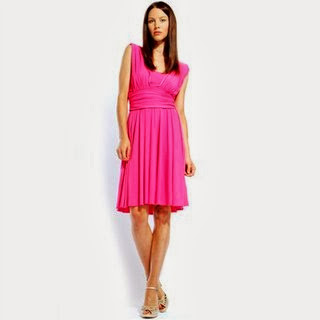 You do look good in pink, I especially like your bottom pink.  A nice rosy glow.  Blog that!

After he finished spanking he gently moved me to kneel in front on him, whereupon he unzipped his jeans and proceeded to keep my mouth busy.

Thank you Daddy - he knew what I meant

A gentle reintroduction.  Now let's think about some dinner  simple as that!

Take everything off except bra and knickers

After some hesitation I complied

On your hands and knees

He then proceeded to reacquaint me with all his favourite implements and preceded each implement with  "remember this"? ... Uh, yeah.  How could I forget?  I can tell you it hurts so much more when you haven't been spanked for a while! At one point he took a break from spanking and asked what the fuss was.  "You're out of practice".  Sheesh!

Apparently he then decided it would be a good time to also to get me back in practice with the clothes pegs.  I'm afraid to say I freaked.  Those damn things hurt, especially when they come off!  I balked and tried to squirm away.  No, no. He wasn't having any of that, he attached the first peg to my nipple and told me to breathe.  He gave me time to adjust before producing the second peg.  I balked again but on it went.

I guess you could say I have been reacquainted with spanking and role affirmation.  This was a good step for us in getting back on track.  I'm grateful it was a gentle reintroduction.  Well, to start with at least!
Posted by Roz at 04:10