I was thrilled and excited when Renee Rose sent me an advanced copy of the DD anthology Coming to Terms last year and asked me if I would read it and write a review.  I thoroughly enjoyed it and posted a review here.

These wonderful authors have got together once again and produced Milestones.  A follow up to Coming to Terms.

Having enjoyed Coming to Terms I was excited to learn about Milestones.  I am now even more excited to have been given an advanced copy of this book by Renee.

Milestones is available 14 February.   Mark you diary!  I hope to post a review shortly. In the meantime, if I'm not around much it's because I'm busy reading :)


From making it a year cancer-free to adjusting to a spouse home from a tour of duty, seven domestic discipline couples grapple with life’s milestones.


WARNING: This book contains scenes with spanking, Domestic Discipline, and graphic sex.
"The First Submission" by Anastasia VitskyBred to uphold duty and tradition from the cradle, rising legal scholar Sori shrinks from marriage and assuming the role of disciplinarian. Temper pot Karie longs for freedom as a First Responder and scorns the fusty Sori. In this prequel to Becoming Clissine, Karie and Sori must choose their own happiness. Can they find love in an arranged marriage?

October Something by Jade Cary
As their tenth wedding anniversary approaches, Kate and Jack Barrington are signing divorce papers instead of exchanging tin. Desperate to save their marriage, Jack holds Kate hostage at their mountain retreat, where happiness once reigned supreme. Can they move through the bad times and find love once again?
Major Changes by Cara Bristol
Before her military husband left for Afghanistan, Cadence Simmons depended on Rahm’s love, guidance, and protection. But his service to his country forced her to become more independent and make decisions for herself. He’s home for good now and eager to resume where they left off. But Cadence isn’t quite sure she wants things exactly as they were before. Can a little domestic discipline help this loving couple through some major changes?
The Barn by Alta Hensley
Determined to convert an old barn into the home of her dreams, Paige Holland returns to her small town after twelve years. She finds herself face to face with the man she never forgot. The same man who shattered her heart in a million pieces. The same man she never wanted to see again, yet also the same man she so desperately missed. Connor McNeil...her first true love.
Making It 'Write' by Celeste Jones
Jill Carpenter is thrilled when her first spanking fiction novel is accepted for publication and a whole new life as a professional writer opens up for her. The only catch? Complying with her husband's rules regarding absolute secrecy and privacy.
A Time to Heal by Sue Lyndon
Stephie’s cancer went into remission a year ago, but her husband, Marcus, still treats her like she’s breakable. They resume practicing domestic discipline, but Marcus has a hard time following through with punishments, leaving Stephie frustrated that it’s not the same as before her illness. Can they move past the fears that have built up between them to find the intimacy they lost?
Unmet Desire by Renee Rose
Watching his wife unravel as she faces infertility is as heartbreaking for Luis as it is for Claire, but the more he compassion he shows, the more she drifts away. Deciding to take a firm hand, he whisks her away to their mountain condo for a weekend boot camp to reaffirm their roles and reignite their passion for one another. 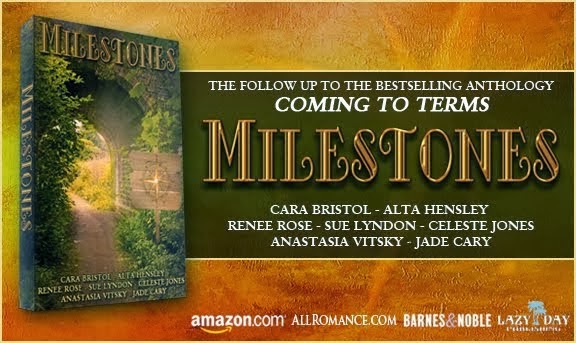