Taking A Break From DD

Thank you so much for your wonderful and encouraging comments on my last post and to those of you who contacted me to check in.  I can't tell you how much your support has meant to both of us.

Life has not been smooth in Rick and Rozzie land recently.  We are working through things and working very hard to reconnect and move forward.  I'm happy to say we are making good progress.  I know it is going to take some time and perhaps patience to rebuild trust, but we are getting there and slowly moving forward.

In my last post I talked about consequences for the HoH when he makes a mistake. I have seen that there most definitely are consequences, just not the same consequences we, as TiH face ... well, unless you deploy the Rogue method that is :)

This has been very hard on Rick. He has felt a tremendous amount of guilt and is also devastated that my trust has been ... well ... dented.  It has also shaken his confidence and right now he doesn't feel he has the right to lead.  Therefore, he made the decision to put DD on hold to give us breathing space to work through the issue as a couple.

From my perspective, I think it was a good decision for us.  Also, we both know that if Rick continued to lead right now it would feel forced which would not be good for either of us.

I have been quite surprised by his reaction and how seriously he is taking this.  This has also been a good thing as it has shown me his commitment to us and to our relationship which has helped slowly restore my faith in his leadership.

We have done a ton of communicating and have been working hard to move forward and are feeling much more connected again.

It feels strange.  No rules. No consequences. NO ROLE AFFIRMATION!  Yippee!  I should be over the moon and going crazy doing whatever I want ..... right?  Well .. no.  BTW, what does a TiH do as soon as rules are taken off the table?  Yep ... she pays a visit to the hairdresser! LoL.  I did talk to him about it first and reassured him I would not do anything drastic and that I would stick to the usual boundaries. Still, I could tell he wasn't overly happy about it as he didn't think my hair needed cutting anyway.  It certainly felt strange to him not being able to say no LoL.

So what does this mean? I guess perhaps the rules haven't been taken off the table as such, but they are not being enforced.  I am continuing to adhere to some rules and some we have let slide.  The rules I am adhering to are rules that really matter to him/us.  They are about things like checking in and letting him know my whereabouts when apart so that he knows I am safe.  They are really more expectations, although they are expectations with consequences.   Some specific rules, such as asking permission for certain things .... like haircuts :) have been taken off the table.  It has been so strange 'telling' him things I am going to do rather than asking if I can.

Ultimately, our interactions have not really changed.  The underlying foundations of our dynamic are very much still there.  DD has given us tools to communicate better, create more closeness and generally enhance our relationship.  I am convinced if we never go back to DD (although I can't see that happening) these tools will remain with us.

Rick is regaining his confidence and I sense he is tentatively reaching out for his HoH hat, but just not quite ready to put it back on his head yet.  To be honest, I'm not sure that I am ready to fully embrace my role yet either.

We had a lovely night Saturday night just connecting as a couple.  It was what we needed.  We cooked a lovely meal together.  Once we finished eating he got up and came round to stand behind me still sitting at the dining table and gave me a neck and back massage.  Later, I tentatively asked him how he felt about spanking now and he said he just wanted to focus on us right now ... then he followed up with "That doesn't mean I won't tan you hide for fun" LoL.  Let me just say he has retained his dominance in the bedroom :)

Sunday morning we were discussing something in bed, trying to decide what to do. He wanted to know what I thought.  I couldn't make up my mind so he made his up and said "I've made a decision".  I looked at him and said "Hey, you're not supposed to do that right now are you?" LoL.  Yep, I think he is starting to get itchy palms judging by some of his comments and looks!

I'm not sure how long it's going to take, but I'm confident that this 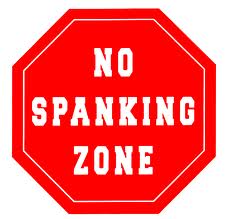 Will soon return to this 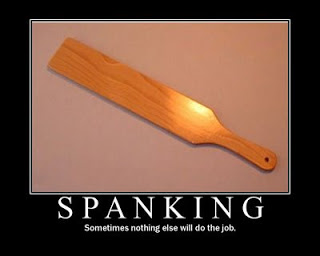 In the meantime.  I've already had my hair cut.  I'm wondering what else I can do.  Any suggestions? :)
Posted by Roz Harrison at 04:16